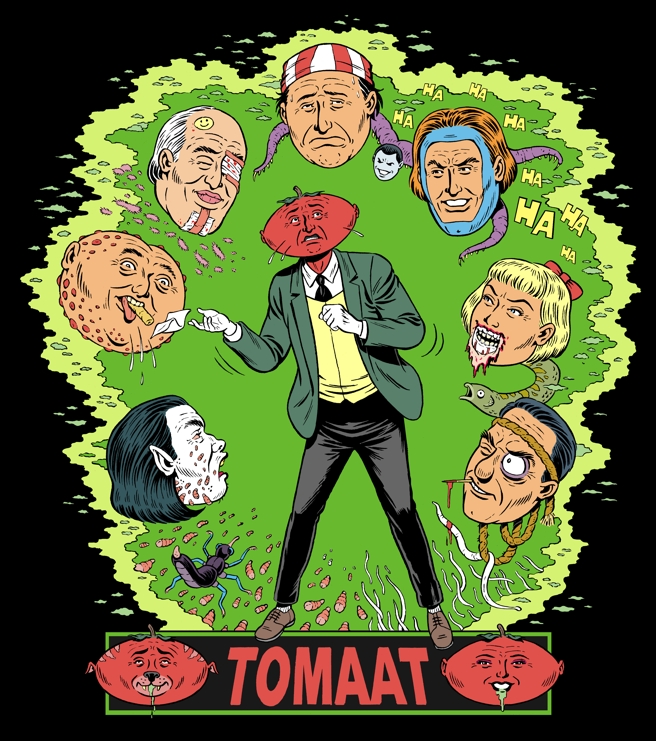 Humphrey Watersock and his Favorite Tunes 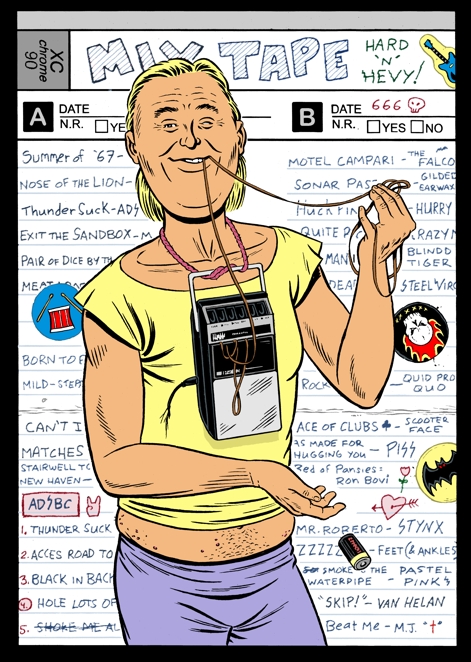 Neville Breadcrumb with the Day's Catch 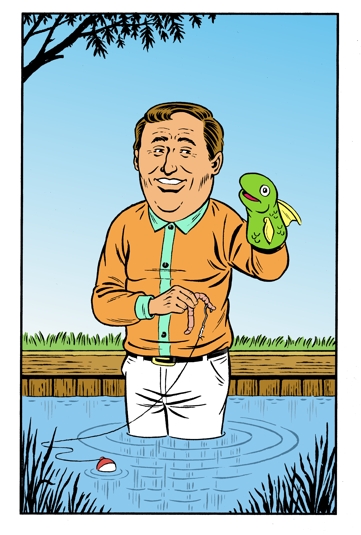 A Quiet Smoke in the Evening

Having recently read a "Moon Man" story by Frederick Davis, I thought I'd try a drawing of that rather remarkable hero. 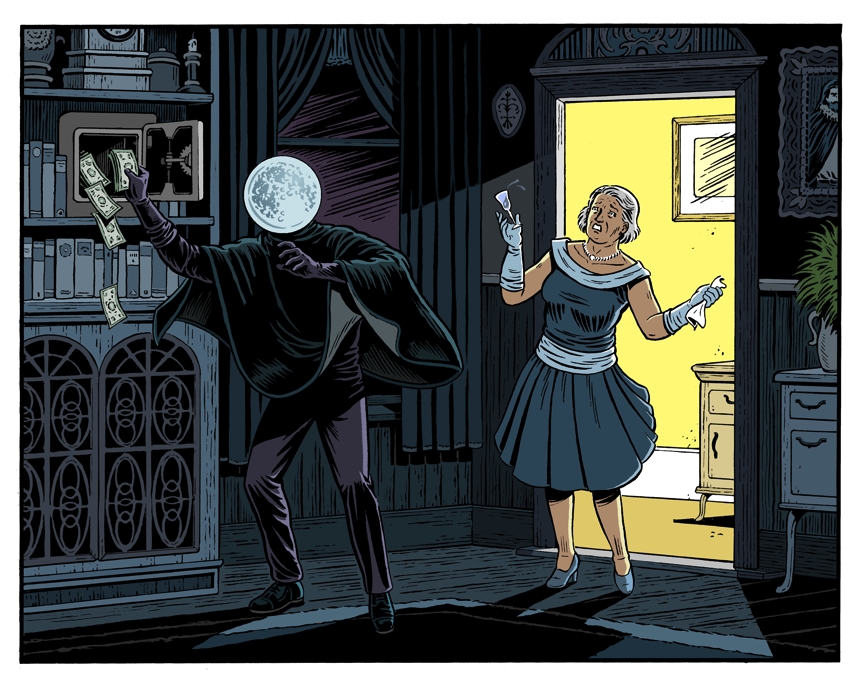 In the Garden, by Moonlight 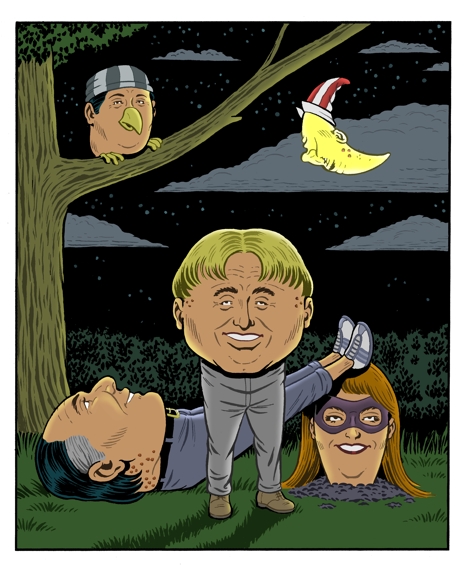 Here's to a Good New Year! 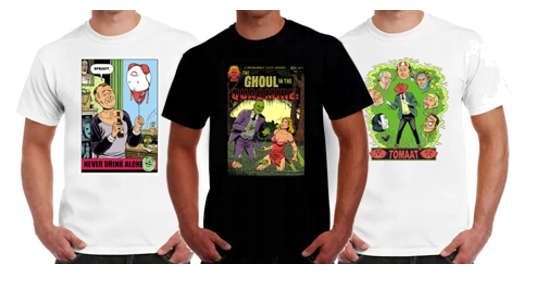 Some Words of Weather Wisdom

"If the week starts with a shower of rain... then it will end on a Sunday". 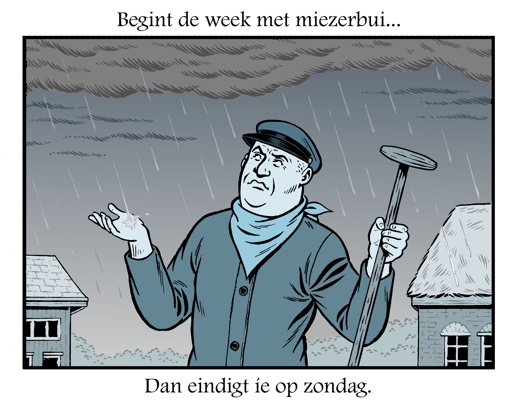 A Bit of Frisian Wisdom

Frisian is the second official language of the Netherlands and I thought it fun to use the many traditional Frisian sayings as the inspiration for a quick illustration. The original saying is, "Foar de kofje net eamelje", which translates (very) roughly as, "Don't bother me before I've had my morning coffee."

I've gone one step further - "Ek nei de kofje, net eamelje" -  "And don't bother me after my coffee, either!" 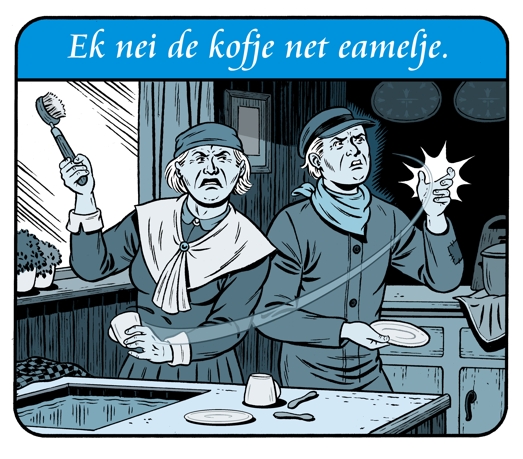 A Tribute to Suske and Wiske
A bit of a tribute to Willy Vandersteen's "Suske and Wiske" characters, also known in English as "Spike and Suzie". Drawn in my own style, just for fun! 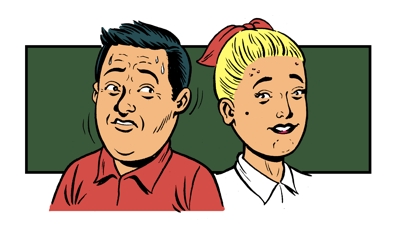 Portrait of the Artist (as a Young Idiot) 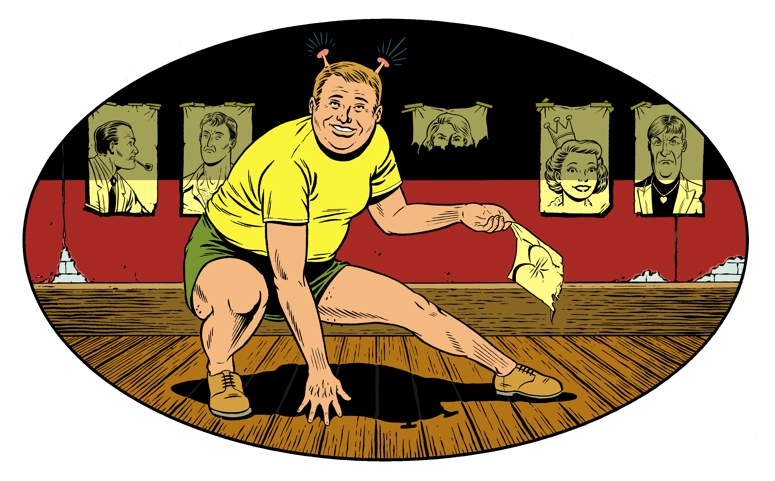 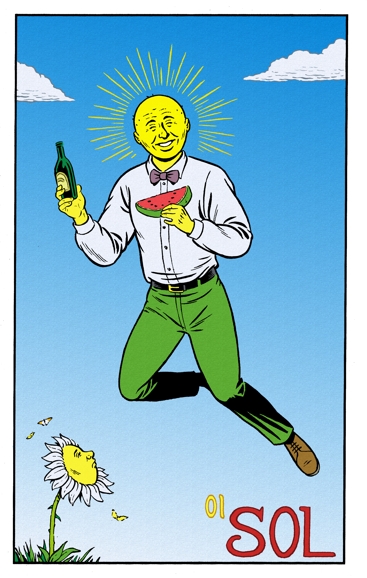